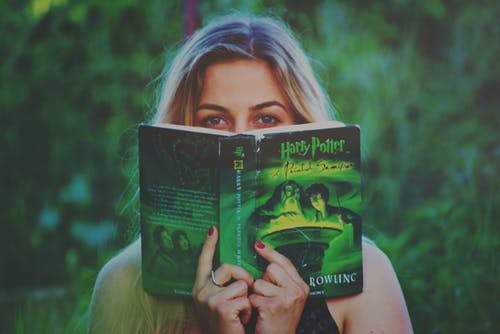 From ‘Start wars’ to ‘Star trek’, sci-fi has always fascinated us as an entertainment genre. Are there aliens? Is the hypothesis of the existence of inter-dimensional beings true? Such questions leaves us wanting to get to the crux of it all. But, sometimes, we dwell into utilizing fantasies to create a hypothesis of such existence. Here is a great list of podcasts that will quench your curiosity about the unknown.

We discuss the daily grind of a researcher, the significance of their research, limitations, and challenges they face & overcome. We meet the best scientists in the field. Also, we discuss mental health issues and the need to talk about it. Monthly discussion about the major breakthroughs in science and technology. Listen now

The Big Loop is a biweekly anthology series from the co-creator of The Black Tapes. Hosted by Paul Bae, each episode is a self-contained narrative exploring the strange, the wonderful, the terrifying, and the heartbreaking. Stories of finite beings in an infinite universe. The characters in The Big Loop tell their stories — of ghostly encounters, human survival, an assassin and his prey — as if they’re answering questions from a far-off interviewer. Listen to the podcast.

From Gimlet, Homecoming centres on a caseworker at an experimental facility, her ambitious supervisor, and a soldier eager to rejoin civilian life — presented in an enigmatic collage of telephone calls, therapy sessions, and overheard conversations. Listen Now…

Limetown is an audio drama that straddles the line between science fiction and horror. Framed like an investigated journalism podcast a la Serial, Limetown follows a reporter trying to find out what happened to a town where everyone suddenly went missing ten years ago. Limetown packs so much character development into its first season, with most episodes following a specific interviewee, but it balances character with one of the most riveting plots I’ve ever heard. Listen to this podcast before you sleep.

From GE Podcast Theater and Panoply, the producers of The Message, comes a new thriller, LifeAfter. The 10 episodes series follows Ross, a low-level employee at the FBI, who spends his days conversing online with his wife Charlie – who died eight months ago. But the technology behind this digital resurrection leads Ross down a dangerous path that threatens his job, his own life, and maybe even the world. New episodes every Sunday. Listen Now…

Welcome to Night Vale has been around since 2012. It’s kind of the granddaddy of this new crop of creepy fictional podcasts. Each episode acts as a news broadcast of sorts from a small desert town named Night Vale, and they’re more horror/dark humour than sci-fi, really. The broadcasts are spooky, absurd, and, well, funny. That’s a hard tightrope to walk. Listen to the podcast