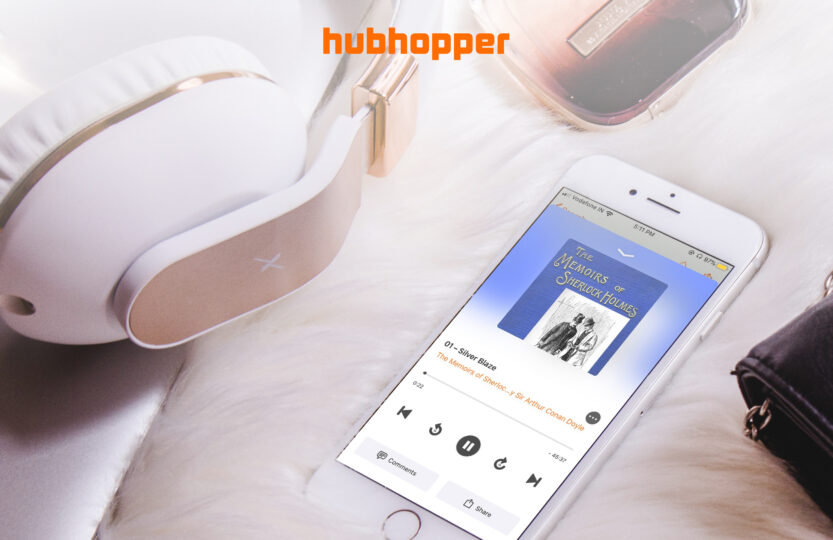 Sitting down and turning the pages of a book you love is one of the best feelings, but finding the time to pick up a book can sometimes be hard. If your busy schedule doesn’t let you give your favorite books some love, it’s time you listen to an audiobook. What’s great about audiobooks is that you could be doing anything from driving to cleaning and you still get to enjoy these books. The next time you think you don’t have time to read, don’t worry! You can always find time to listen.

Here is our list of 10 classic audiobooks you must listen to:

1. Pride and Prejudice by Jane Austen

We’re all familiar with this timeless romantic classic which follows the story of the five Bennett sisters who live in a time where an advantageous marriage and social status are considered fundamental for any woman to stand a fair chance at life. The story is set to motion by the famous quote, “It is a truth universally acknowledged that a single man in possession of a good fortune must be in want of a wife.” Pride and Prejudice catches a perfect glimpse not only of a time when women were socially and economically dependent solely on their marital status but also as an age of enlightenment and witness of the French Revolution. Pride and Prejudice witnesses the exciting courtships of the Bennett sisters and their suitors, as well as the not so joyful relationships of other characters. Experience the adventures of the Bennett sisters in this audiobook as they face the troublesome issues of manners, social class, family, and marriages in a male reliant society. A story not only portraying the unreliable nature of pride and prejudice, but Austen’s classic also paints a vivid image of the past and the woman as a member of society.

2. The Memoirs of Sherlock Holmes by Sir Arthur Conan Doyle

For more than a century and a quarter, fans of detective fiction have enjoyed the doings
of the iconic sleuth, Mr. Sherlock Holmes. In the company of his faithful companion, Dr. Watson, Holmes has consistently delighted generations of readers. Created by a Scottish writer and physician, Sir Arthur Conan Doyle, this immortal private eye has solved cases for kings and commoners, lovely damsels and little old ladies, engineers and country squires and a legion of others who come to him in distress and perplexity. The Memoirs of Sherlock Holmes is a collection of 12 stories featuring the pipe-smoking, violin-playing eccentric central character. The collection first appeared in 1894 in serial form in The Strand Magazine and then was later compiled into a single volume. The stories featured here include such gems as The Silver Blaze which is about the disappearance of a famous race-horse. This story is memorable for its “curious incident of the dog in the night-time” remark by Holmes. Other riveting tales in the book include The Adventure of the Gloria Scott – a rare story narrated by Holmes himself. If you’ve never read a Holmes story before, maybe it’s time to start listening to one instead. 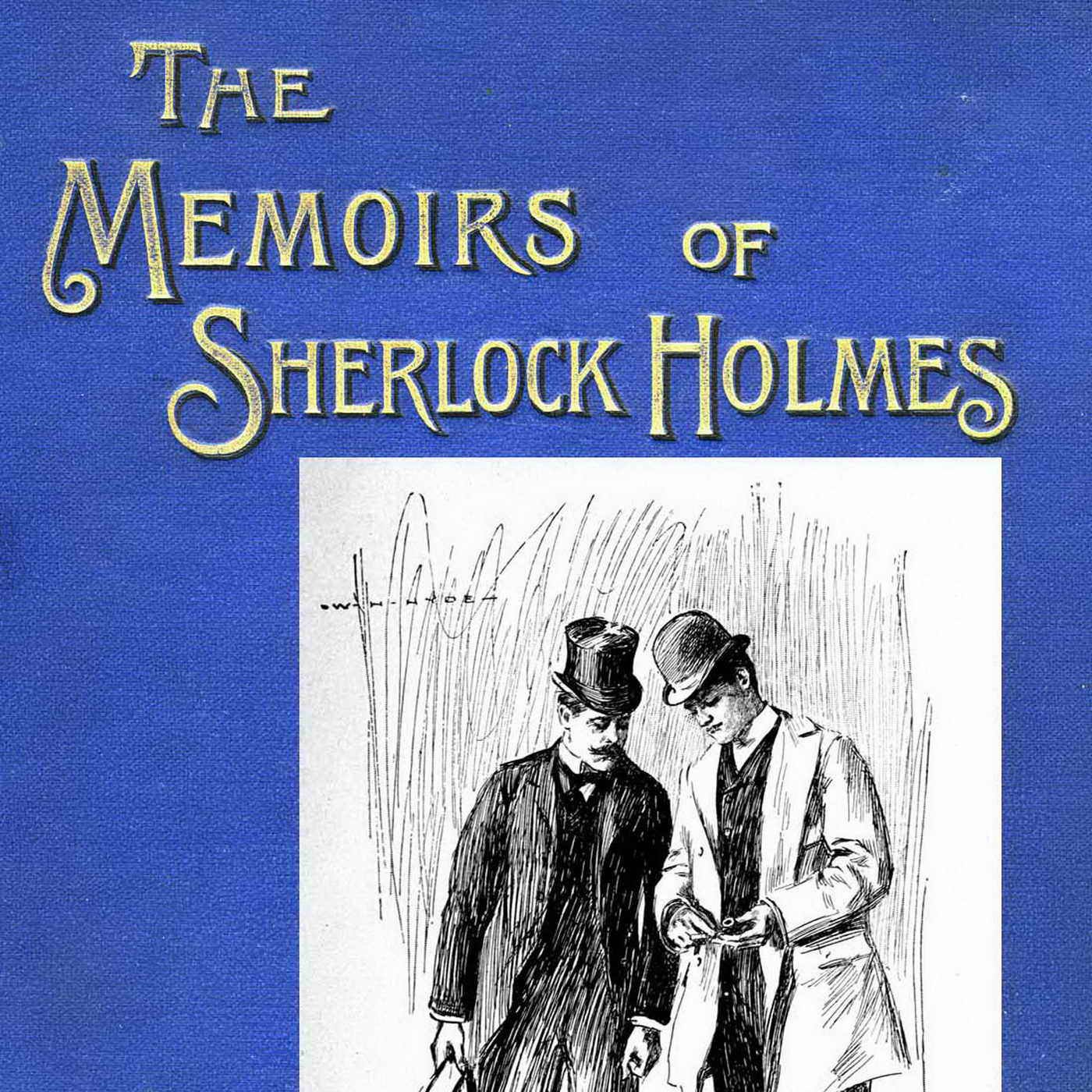 We all grew up listening to fairy tales like Rapunzel, Hansel, and Gretel, the Little Red Riding Hood, etc and loving their happy endings. Those childhood lore were the less gruesome versions of the Grimms’ Fairy Tales which were based on folklore passed on for years. The present collection contains some of the most famous and well-loved fairy tales that generations of children have enjoyed. The universal themes of fairy tales which include the triumph of good over evil, courage, common-sense, humility, love, the downfall of pride, greed, envy, and laziness all find a voice in the characters of Grimms’ Fairy Tales. Jacob and Wilhelm Grimm were two brothers born in Frankfurt in the old German kingdom of Hesse. They studied law but were passionately interested in folklore. Jacob was also a philologist studying the language. Though Wilhelm’s ill-health made traveling difficult, they toured Germany and neighboring European countries in the 18th century documenting folktales commonly recounted by word of mouth in small villages and communities. Their interest in preserving these historical examples of native wisdom and culture has made it possible for modern readers to enjoy these age-old stories that were told and retold by countless grandparents to generations of grandchildren. This dark audiobook is bound to give you chills. 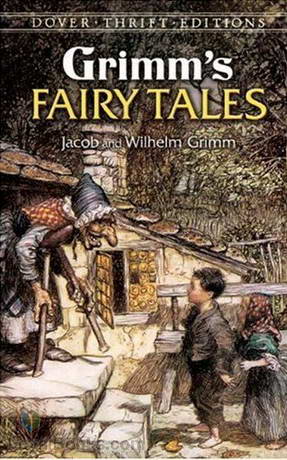 Comprised of four parts, Gulliver’s Travels documents the bizarre, yet fascinating voyages of Lemuel Gulliver as he makes his way through several uncharted destinations, experiencing the lives of the small, the giant, the scientific, and downright eccentric societies. Narrated in the first person, Swift successfully portrays Gulliver’s thoughts and reactions as he faces struggles of integration throughout his travels and that’s what makes this audiobook so wonderful. Divided between the known and the unknown, Gulliver must put aside his prejudgments and experience the unfamiliar societies first hand. As the novel gradually progresses, the transformation of the narrator becomes evident as he draws conclusions from each and every one of his adventures. Written by the master of satire, Jonathan Swift has not only created a story of adventure but also cunningly attacks the mere nature of society in between its lines. 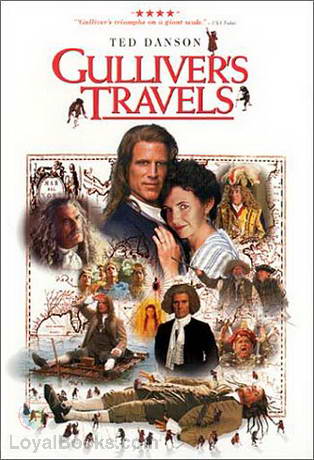 5. The Curious Case of Benjamin Button by F. Scott Fitzgerald

We’ve all seen the 2008 movie based on this book. A life lived backwards, with events happening in reverse forms the strange and unexpected framework of one of F Scott Fitzgerald’s rare short stories. The Curious Case of Benjamin Button was published in Collier’s in 1927 and the idea came to Fitzgerald apparently from a quote of Mark Twain’s in which he regretted that the best part of life came at the beginning and the worst at the end. Fitzgerald’s concept of using this notion and turning the normal sequence of life on its head resulted in this delightful thought-provoking fantasy tale. However, Fitzgerald’s take on growing old and how we humans deal with it is what sets The Curious Case of Benjamin Button apart. The style is extremely easy to listen to, the premise is intriguing and refreshingly different and appeals to readers of all ages.

Once you’re done listening to these, you can check out more such audiobooks and podcasts for free on Hubhopper. And if this inspires you to make an audiobook on your own, head over to Hubhopper Studio and get started (We provide free hosting!)